IMDb: 5.9 2019 95 min 30 views
A Minnesota police officer crosses paths with a committed and tireless vigilante as he follows the trail of a ruthless predator responsible for ...
DramaThriller

IMDb: 7.4 2016 106 min
A man-cub named Mowgli fostered by wolves. After a threat from the tiger Shere Khan, Mowgli is forced to flee the jungle, by which he embarks on ...
AdventureDramaFamilyFantasy

IMDb: 7.2 2013 130 min 54 views
When Tony Stark’s world is torn apart by a formidable terrorist called the Mandarin, he starts an odyssey of rebuilding and retribution.
ActionAdventureScience Fiction

IMDb: 7.5 2011 126 min 29 views
Orphaned and alone except for an uncle, Hugo Cabret lives in the walls of a train station in 1930s Paris. Hugo’s job is to oil and maintain ...
AdventureDramaFamily 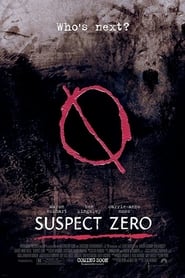 IMDb: 5.8 2004 99 min 27 views
A killer is on the loose, and an FBI agent sifts through clues and learns that the bloodthirsty felon’s victims of choice are other serial ...
CrimeThriller

IMDb: 7.2 2001 146 min 42 views
David, a robotic boy—the first of his kind programmed to love—is adopted as a test case by a Cybertronics employee and his wife. Though he ...
AdventureDramaScience Fiction