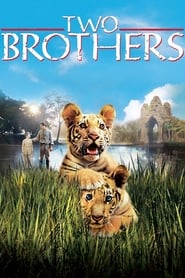 IMDb: 7.1 2004 109 min 30 views
Two tigers are separated as cubs and taken into captivity, only to be reunited years later as enemies by an explorer (Pearce) who inadvertently ...
AdventureDramaFamily

IMDb: 7.6 2001 131 min 124 views
A Russian and a German sniper play a game of cat-and-mouse during the Battle of Stalingrad in WWII.
DramaHistoryWar