An Act of Kindness

Rin and his classmates succeed at the task gave to them by their teachers, but the camp is attacked by Amaimon, who holds Shiemi hostage to force Rin to fight. Having no option but to go full force against Amaimon, Rin is forced to reveal his secret by exposing his true form in front of his friends. With the other Exwires fleeing astonished after learning the truth about him, Rin easily overpowers Amaimon, but loses control of his flames and goes on a rampage. The Demon-Slaying Blade is cracked in the process. 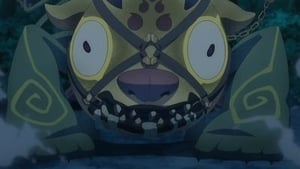