Easily breaking through all defenses, Amaimon reaches the room where Rin is being held and Mephisto convinces the Grigori to agree with his plan. Using the reforged Demon-Slaying Blade brought by his classmates, Rin defeats Amaimon and the Grigori decides that he has six months to pass the Exorcist authorization exam, thus he begins a special training to learn to control his flames. Despite they helped Rin by having his sword fixed, some of his classmates still has some mixed feelings about him after learning of his connection with Satan, the most awkward of them being Konekomaru, who is approached by a dark presence attracted by his fear. 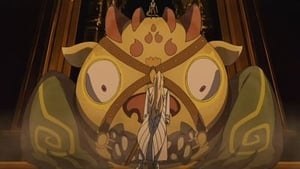