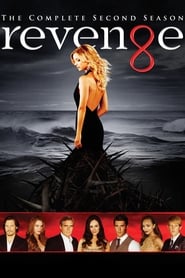 The second season of the ABC American television drama series Revenge started on September 30, 2012 on Sundays. An hour long recap show of the first season called “The First Chapter” showed a week before the premiere on September 26, 2012 at 9:00 pm Eastern/8:00 pm Central. The series stars Madeleine Stowe and Emily VanCamp. This season premiere has received mixed response from critics, with many praising the acting while criticizing the plot, saying that it didn’t live up to the suspense of the first season, though reviews did improve as the season progressed.